Remember Who You Are & Whose You Are

Even though baptism is a sacrament of the Church, baptism, in many respects, is not about the Church.  Even though the Church “dispenses” the sacrament—as we will do shortly this morning in worship—the act itself is not really about the Church.[1] Yes, it’s an act of the community and the community will make significant promises this morning, promises that will have an impact upon this community.  We will be shaped and even changed, if ever so slightly, by what we do here this morning, baptizing two children and one adult.  Baptism is not, foremost, an act of initiation into the Church, into the community of believers.  It has something to do with this, of course, but there’s more.

If we take our cues from Jesus’ own baptism it becomes clear that his immersion in the River Jordan did not signal his entrance into the Church—because there was no such thing as the Church, it didn't exist.  If that’s the case, then, what did his baptism signify?  And what’s the connection between his baptism and our baptism and, shortly, Mabel and Margo and Doug’s baptism?

First, let’s be clear about what the word means.  “Baptism” derives from the Greek verb bapto, meaning, “to dip,” as to dip in water. It implies washing.  Taking a bath.  However, Jesus, himself, used the word in a slightly different way.  Later in Mark’s gospel, James and John are eager to have prominent places in Jesus’ kingdom.  But they don’t really know what they’re asking for.  Jesus says, “Are you able to drink the cup that I drink, or be baptized with the baptism that I am baptized with?” (Mark 10:38).  Here, Jesus understands baptism as a kind of immersion, an immersion—not into the Church—but into the very life and mission of God.  It’s the life and mission of God washing over him at the river Jordan that ultimately defines him!

“You are my Son, the Beloved; with you I am well pleased.”

Jesus comes up out of the water drenched with the blessing of God, having been fully immersed in the water, overcome by flowing, “living” water.  As he comes up out of the water the Voice reflects something  back to him, tells Jesus, assures him what he really is and who he really is.  These words spoken to Jesus allow him to “see” himself, they affirm who he is.  And so, it is in this sense that Jesus’ baptism was ultimately about identification, that is, about his identity.

Everything here—the water, the Voice, the Spirit—plays a role in offering a particular self-image to Jesus, inviting him to claim it as his own.  And as we know, so much in our lives hinges upon the kind of self-image we possess.  Our self-image informs our movement through the world.  All of this was critical for Jesus because it’s precisely his self-image, affirmed here, that carried him along the journey of his life, that allowed him to fulfill his purpose, his destiny, his mission, his ministry.  The same is true for us.

In this sense Jesus’ baptism provided a window into the core of his personality.  He was not only told who he was, but also, significantly, whose he was.  The two are inseparable.  They always go together—for Jesus and, therefore, for you and me.

Baptism is ultimately a sacrament of identity in which we discover and rediscover that we belong to God.

Or, better, we discover or rediscover that we are fully immersed in God.

Or, better still, we discover or rediscover that we are fully immersed in the very depths of God.

Perhaps, hearing all this you’re thinking or saying to yourself:  Well, that’s how God would look upon someone like Jesus or someone more pious or religious than me.  But that’s not me.  Perhaps you’re saying to yourself: That’s not me.  That’s not what God sees.  That’s not who I am.  It may be true for others who are deserving of such affection.  Not me.  Knowing what I have done.  Not me—knowing the hurt I have caused others or myself.  Not me—knowing my past and the things I regret in my past.  No, not me—when God looks at me, that’s not what God sees.

Now, you might be thinking these things, voicing these things right now.  And everything you’re saying or thinking might be actually true at some level.  But the source of that voice telling you who you are is not the Voice of God. It’s probably the critical, judgmental voice of the ego talking in those moments, not the voice of God.  Many years ago a very wise person, James E. Loder (1931-2001), helped me to differentiate between the internal voice and the Divine Voice.  We have to be very careful that we don’t confuse the judgmental, critical inner voice of the ego with the Voice of God, which is the Voice of grace, the Voice of the One who knows more than you, the voice of the One who knows you through and through and knows who you really, truly are, down deep, deep under all the muck and mess and sin in your life and every human life.  The Voice of grace is entirely different from the critical voice of the ego that’s simply not wise enough to tell us who we are.

One of my professors at Princeton, J. Christiaan Beker, once said that all sin is basically forgetfulness.  It didn’t make much sense to me initially, but then I really thought about it.  He’s right.  All sin can probably be traced back to forgetting who we are.  We forget that God’s image dwells within us and so we fall, like Adam.  We forget that we are immersed in God—and we sin. We abandon the idea that God’s image dwells in us, we do it again and again along the way—and we sin.  Sometimes we reject it outright.  We reject the image of God is even there—and we sin.  And because we all have poor memories, we all need help remembering these things.

There are times when we need to be brought back to our senses. We need to jump into the water, jump down deep into the depths, and get fully immersed. Go ahead—jump in!  The water might be chilly, but that’s okay.  That’s what’s needed to wake us up or reawaken us to the fact that we, too, are sons and daughters of God!  We all need someone who invites us to jump into the water, someone who invites us to immerse ourselves in grace.  And when we come up out of the water we all need to hear a Voice, something other than the voice of the ego, the Voice of One who really knows us.  This is what Jesus’ baptism demonstrates for the entire world to see.  All this is given that we might know that this is who we are, fundamentally.  This is your core identity.  We belong God.  We’re God’s handiwork, God’s work of art, God’s “poem,” as Paul said (Ephesians 2:10).

Our lives, both individually and together, are to show forth the glory and grace and goodness of God.  That’s why we exist.  That’s why you were born.  And, so, this is why you are the object of God’s love and affection.  You are the object of God’ pleasure, in whom God takes enormous delight—you!  To claim this or accept this does not mean we’re being narcissistic or self-centered or self-absorbed or even egocentric.  When we accept who we are in God’s image, just the opposite occurs, actually.

When we know that we are children of God, know it and feel in it within, within our hearts, know it and feel it in our bones, when we know in our souls, in our bodies that we are the objects of God’s love, do you know what happens?  The fearful, anxious, restless, worried, uneasy, apprehensive ego begins to relinquish its need for control—that prevailing death-grip hold of the ego.  And then do you know what happens? We begin to release our clenched fists and ease our tense muscles and relax and then begin to lean back and then we—fall. We fall, fall, fall down and back into the arms of God and become, like Jesus, truly human, human beings, sons and daughters, who can fully rest and trust in the truly Good Parent—not a “good-enough parent, but the truly Good Parent—the loving Father-Mother who holds us in the arms of love.

Rowan Williams, former Archbishop of Canterbury, put it beautifully when he said this is what baptism means, that “it’s a kind of restoration of what it is to be truly human.  To be baptized is to recover the humanity that God first intended. What did God intend?  [God] intended that human beings should grow into such love for [God] and such confidence in [God] that they could rightly be called God’s sons and daughters.”[2]

I resonate so strongly with Williams’ vision of what baptism is all about.  This sacrament means a lot to me, personally.  I’ve been reflecting this week on my own baptism, which took place fifty years ago this June at the First Presbyterian Church of North Arlington, NJ.  I learned this week that the minister who baptized me, the Rev. Dr. Henry C. Kreutzer, Jr., died on Epiphany at the age of 95.  And then it was later, when I was at seminary, the sacrament of baptism took on a renewed, transforming dimension in my life.

“Baptism,” Williams says, “restores a human identity that has been forgotten or overlaid.  Baptism takes us to where Jesus is.”[3]  And where is Jesus?  Where does Jesus stand?  He stands drenched in the grace of God, fully affirmed for who he is.  And Jesus invites us, you and me, to stand there with him, to discover what he knows.

In the waters of our baptism, in knowing that we, too, are baptized, immersed in God’s grace, when we hear these words—“You are my beloved son…you are my beloved daughter.  With you I am well pleased”—may you know, may you discover and rediscover, again and again, that that Voice is talking about you.  May you discover or rediscover that that Voice is talking to you.


[1] The Roman Catholic theologian Hans Urs von Balthasar (1905-1988) once said, “The Church does not dispense the sacrament of baptism in order to acquire for herself and increase in membership but in order to consecrate a human being to God and to communicate to that person the divine gift of birth from God.”  Unless You Become Like This Child (Ignatius Press, 1991).
[2] Rowan Williams, Being Christian:  Baptism, Bible, Eucharist, Prayer (Grand Rapids: Eerdmans, 2014), 3.
[3] Williams, 11.
No comments: 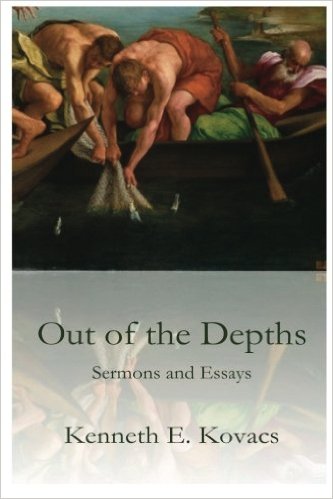 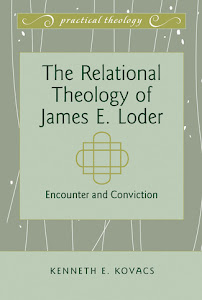