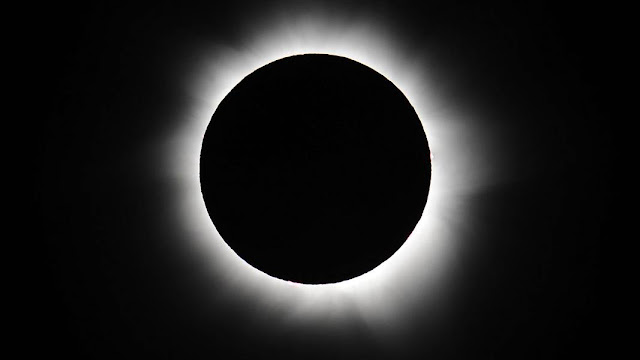 Life and light. In the Greek, we have two, three-lettered words.  Zoe—zeta, omega, epsilon—meaning “life.”  And, phos—phi, omega, sigma—meaning “light.” John turns to two theologically, existentially profound words, archetypal words, which reflect two aspects of reality, and joins them together to express the inexpressible, the Word made flesh.  Life and light. Zoe and phos. One of my favorite cross design holds these words together, forming a Greek cross, zoe on the horizontal arm and phos on the vertical arm, sharing an omega in the center. 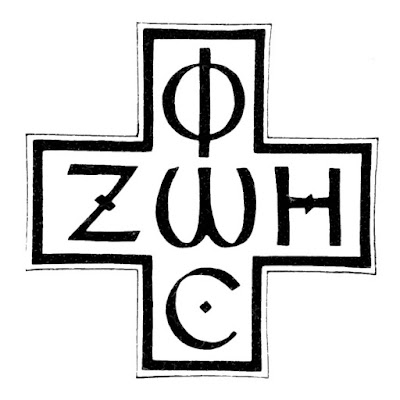 On this holy night, in the dark of the night, we are here because, as John said, “What has come into being in him was life” (Jn. 1:4). Zoe.  John could have used a different word for life; he could have said in him was bios, which also translates into English as “life.”  Bios refers only to our physical existence, life in general, in its most basic, animal sense.  Zoe, however, refers to the force or vitality that animates our lives. It means full life, intense life, life that yields more life; it’s generative. It’s real life.  It describes the fullness of life, the kind of fullness that belongs to God.  Indeed, what John is trying to say at the opening of his Gospel is that the source of life itself, the fullness of life that belongs to God, is here in the flesh in Jesus.  The miracle of the incarnation is not only that Jesus was born, but that with his birth the fullness of God has entered into the world; with his birth something new has been born in us, we have been born into life, zoe, true life. The French philosopher Michel Henry (1922-2002), reflecting on the theology of John’s Gospel, might be helpful here.  He says that from a Christian perspective, “To be born is not to come into the world.  To be born is to come into life.”[1]  Zoe.

On this holy night, in the dark of the night, we are here because, John said, “…and the life was the light of all people” (Jn. 1:4).  John tells us that John the Baptist was not the light, but came to testify to the light.  “The true light, which enlightens everyone was coming into the world” (Jn. 1:9). There’s no other word for light in Greek. Phos.  Light means light. But what we need to remember is hat in the ancient world is that light, itself, was considered mysterious and divine. Although John was Jewish, he was heavily influenced by Greek philosophy, and everyone in the ancient world knew that Apollo was god of the sun, the god of light, the bringer of light.  Today, we know more about the nature of light than John.  It’s dual nature of particle and wave makes it even more mysterious to us.  But something of the magic of light has been lost to us, thanks to Edison’s incandescent lightbulb.  The darkness as presence is not much of a mystery to us anymore. Night is not really night; ambient light pollutes the skies and prevent us from seeing the stars. So, what, then, does it mean to say in Christ was light?  Has the symbol of light lost some of its meaning?  Do we need Christ as a light? We’re no longer afraid of the dark. But if we need some light, we just use the flashlight on our iPhones.

But John tells us that Christ is a different kind of light. He’s not simply a Jewish Apollo. John says Jesus, the “true light,” has come into the world through him.  There was already light in John’s world, of course, but the life of Christ now illumines one’s life in an entirely different and unique way. The light of Christ is not natural to the world. The coming of his light might actually increase the darkness, because what we thought was light might not be light at all. In fact, the coming of his light might reverse and absorb natural light into its opposite, into darkness.[2] The coming of his light actually heightens the darkness of the world, the darkness already inherent in the world.  But this should not depress us because, as John claimed here in the prologue, in one of his most profound insights of the New Testament, “The light shines in the darkness, and the darkness did not overcome it” (Jn. 1:5).

This might be heady stuff for Christmas Eve, maybe especially if we’ve already had too much Christmas cheer.  But this is important stuff, serious stuff.  For many people, the world feels very dark these days.  For many, it feels as if darkness is overcoming the light.  Many are struggling with what Christmas means, even with what it means to be a Christian today.  We can draw considerable insight, wisdom, and strength from John’s testimony.  We don’t have to be afraid of the dark.  For, Christ’s light shines all the brighter in the darkness, and darkness cannot overcome his light, because his light is the life, the zoe, the animating power of the universe. This means that even in the darkness, if we search for it, Christ’s light still shines. Remarkably, light can shine from the darkness. That's because darkness, as the mystics knew, is luminous.[3]  This is the mystery that draws us here tonight. And, if we need help remembering this, stay in your head, or, better, consider your head.  Let me explain.

In Anthony Doerr’s sublime novel All the Light We Cannot See, we are drawn into the lives of two children just before the Second World War, Marie-Laure in Paris and Werner, about three hundred miles to the east near Essen, Germany.  We imagine the world through their eyes, as Europe is about to be swallowed by darkness.  Marie-Laure is blind.  Her world is dark and yet she “sees” through her imagination. Werner lives in an orphanage with his sister, Jutta.  Light is a theme that runs through the novel.  Late one night, after Werner and Jutta were supposed to be asleep, Werner pulls out an old shortwave radio, hooks the antennae out the window, and soon hears broadcasts coming from Russia, London, Rome, Berlin, and one coming from somewhere in France. They hear a “scratchy broadcast;” a man is talking with a French accent, talking about light.  “The brain is locked in total darkness, of course, children, says the voice. It floats in a clear liquid inside the skull, never in the light.  And yet the world it constructs in the mind is full of light.  It brims with color and movement.  So how, children, does the brain, which lives without a spark of light, build for us a world full of light?”…Open your eyes, concludes the voice in the night.[4]

How does the brain, which lives without a spark of light, build for us a world full of light? How, indeed.  The mystery of light and darkness in us, embedded within us, the fact that light shines in darkness, that darkness can even generate light, allowing us to see—consider how awesome this is! We’re confronted with the sheer mystery of our lives.  If this is true about us, within us, then how much more must it be true for the light of Christ shining in our lives, source of life and light, even in our darkest moments?

Like John the Baptist before us, we are here tonight to bear witness to the light.  We are here this night because our eyes have been opened and we’re here because we want them to open more. Christ is born—and his life continues to illumine our lives. For, “the Word became flesh and lived among us, and we have seen his glory…” (Jn. 1:14).